There is a lot of conflicting "information" about the TX blackouts. Here's the bottom line: the root cause of the TX blackouts is a national and state policy that has prioritized the adoption of unreliable wind/solar energy over reliable energy.

The truth about renewables and the Texas winter power shortages in two sentences:

Unreliable renewables were only part of the problem. But they are none of the solution. 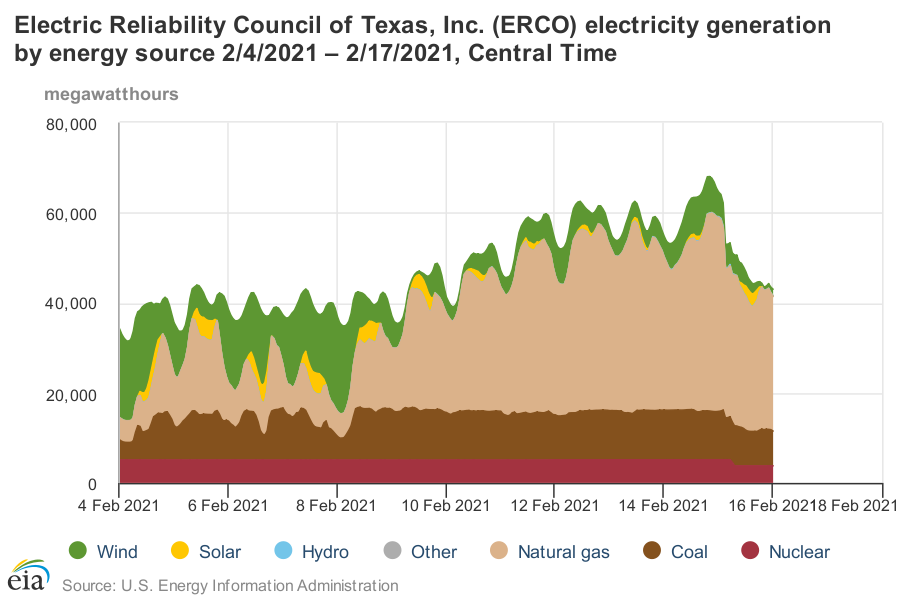 Take a look at electricity use in New England, New York, the Mid-Atlantic, the Midwest, the Southwest, and Texas during this cold spell. 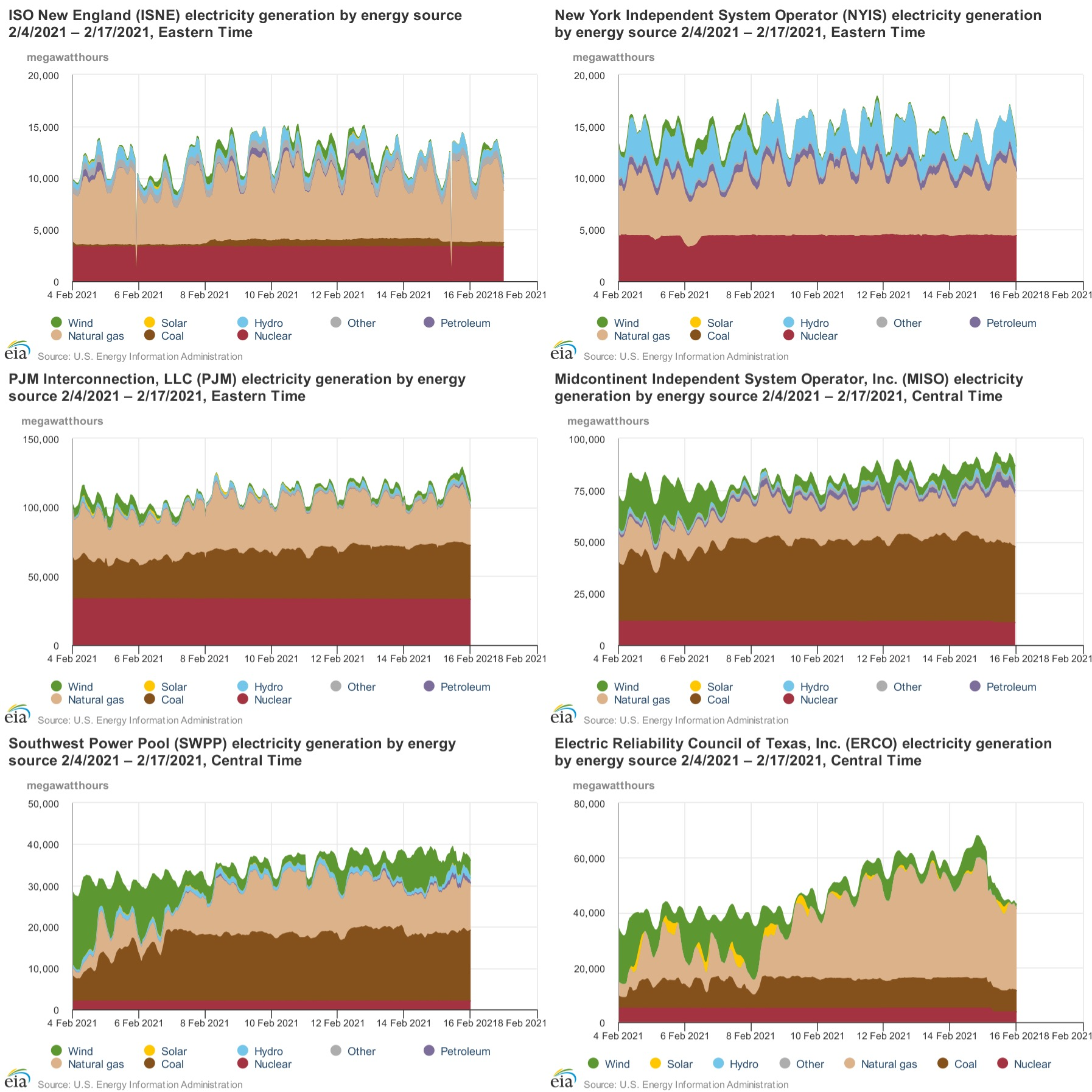 All tell the same story: unreliable wind and solar electricity (green and yellow) completely fail to keep us warm or powered when needed the most.

Instead, the media are telling the story that "fossil fuels failed" because certain gas and coal plants went offline in one of these regions--Texas--due to preventable problems. (We know that these problems were preventable because places that are much colder and snowier than Texas use gas and coal with great success.)

Don't be distracted from the fact that "unreliables" failed everywhere. That's the fact we need to keep in mind as we are pitched policies to eliminate reliable fossil fuels and nuclear, and to "replace" them with unreliable wind and solar.

The example of Alberta 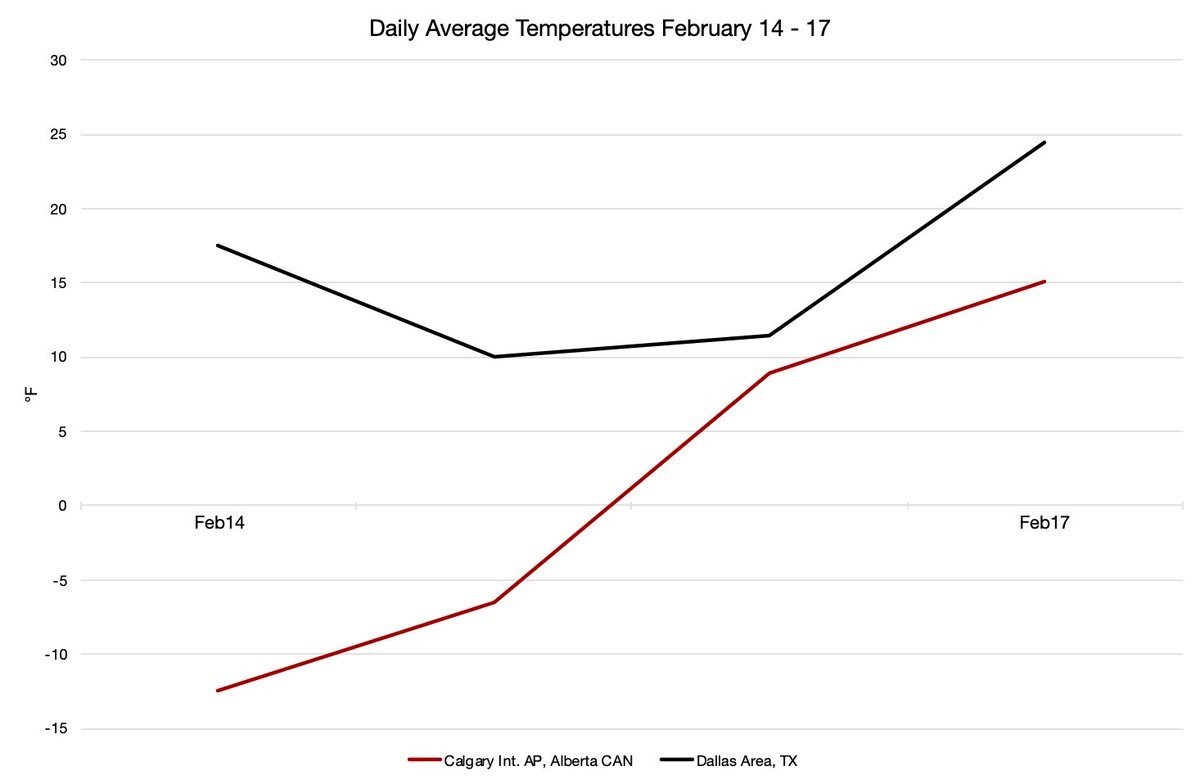 Next up: Energy Transition →