Senator Joe Manchin heroically opposed the "Build Back Better" plan of his fellow Democrats. Now the media is trying to make him fold by pretending that coal-destroying BBB is good for WV coal miners

Last month, WV Senator Joe Manchin heroically stopped "Build Back Better" legislation that would have ruined America's and above all WV's economy.

Now The New York Times and others are pressuring Manchin to reverse his stance via the false narrative that coal miners support BBB. 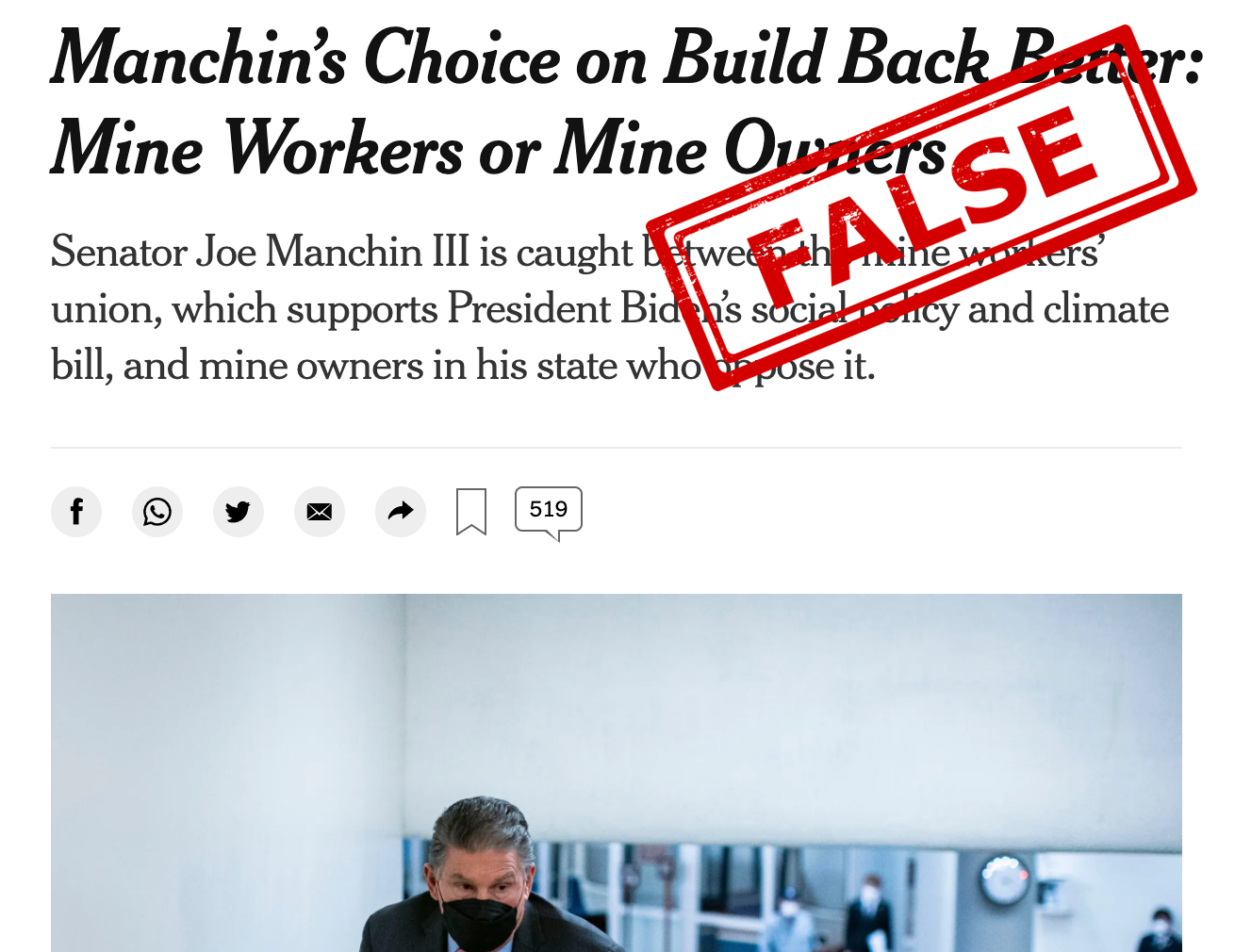 Next up: Larry Fink FFs →