It's time for Larry Fink to come clean about fossil fuels

Breaking: A previously-unreleased pro-oil/gas letter sent by BlackRock to Texas lawmakers and oil/gas executives reveals that the company is simultaneously 1) trying to gain status by supporting anti-oil/gas net zero goals, and 2) trying not to lose any pro-oil/gas investors. 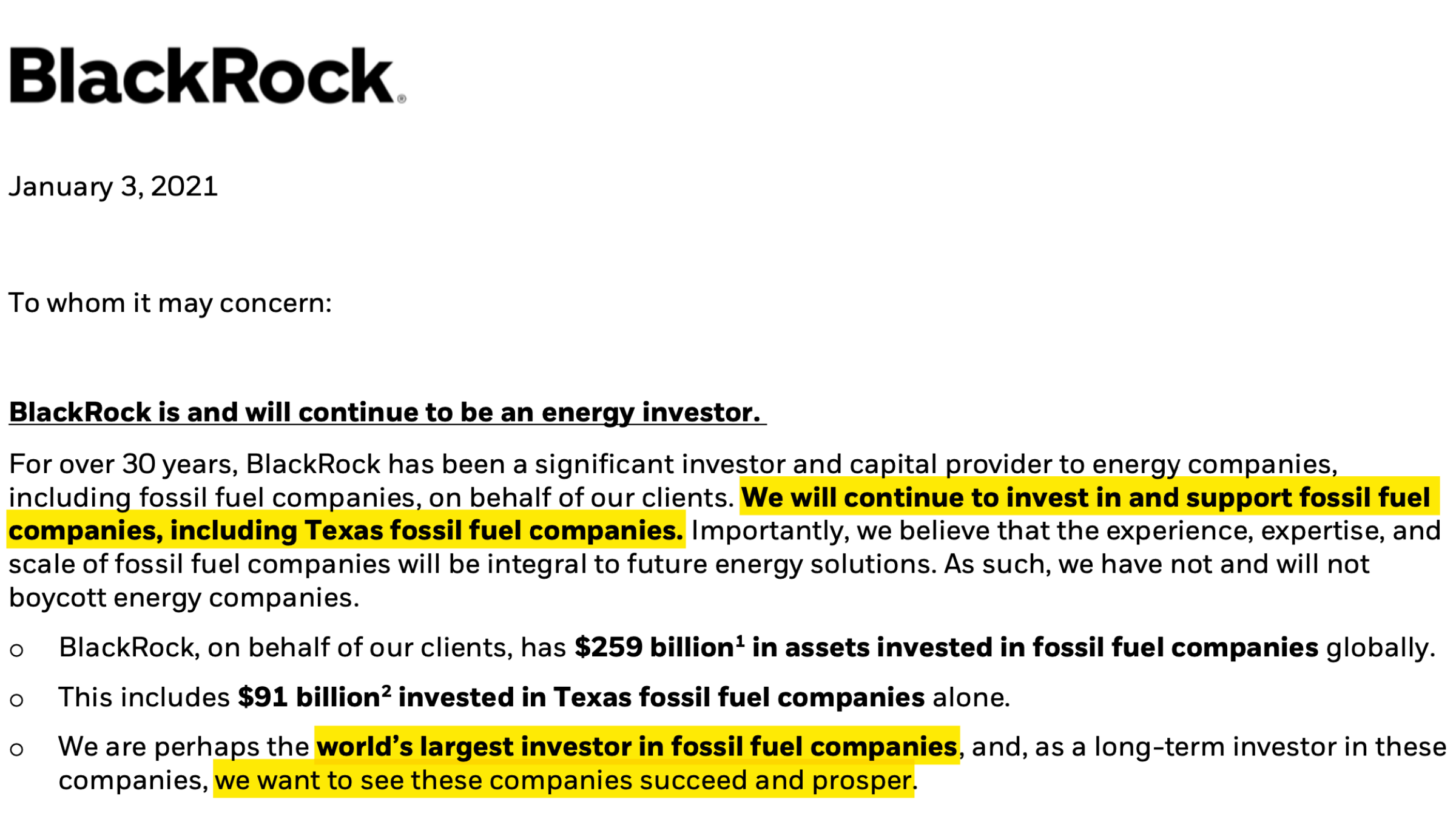 Next up: ESG Movement →